"The high compressed tar bricks, which this wall sculpture was built by me, were part of the tiles of canal pier, which was used in the beginning of last century as dock for goods, being loaded onto small vessels to go to the merchants on canal street and China Town. At that time Canal Street was a waterway flowing from the Hudson River into the East River. The Stonewall was intented to be reconstructed in a large gallery space on Hudson Street. But before this happened the coast guard of the state complained of hindering the sight for ships passing by, so it was dismantled before this project was realized. Later from the debris of this I constructed a Sphinx sculpture of about twentyfive feet long x 9 feet high. it was meant as and geomantic symbol, were the crosspoint of the compass point was aligned from the Empire State Building to the Statue of Liberty and New Yersey harbour to the World Trade Center. It could be viewed from the newly built Hudson River tunnel pier.  A video by Simon Grome taken from that pier, is witness of the changing views of passing ships behind the sphinx, sometimes changing the lights in spectacular reflexions onto the pier, like from the immense hights cruiseship Queen Elisabeth and flattering white sails of varying seizes yachts. After three years the beautiful Canal Pier which was also since long times the nesting grounds for wild geese and some bird species, patches of rare grass from the indian times was dismantled and destroyed by the city as obsolete structure. It was proposed from me and an interest group of Westside neighbors at an official city council hearing but not seen as a worthwile project." Christian Piper

Video by Simon Grome see below 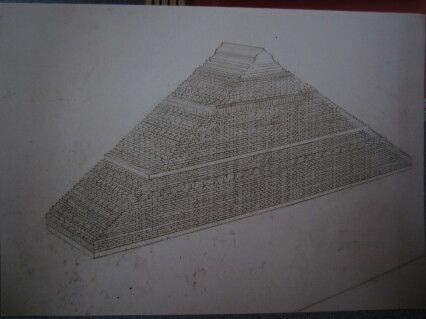 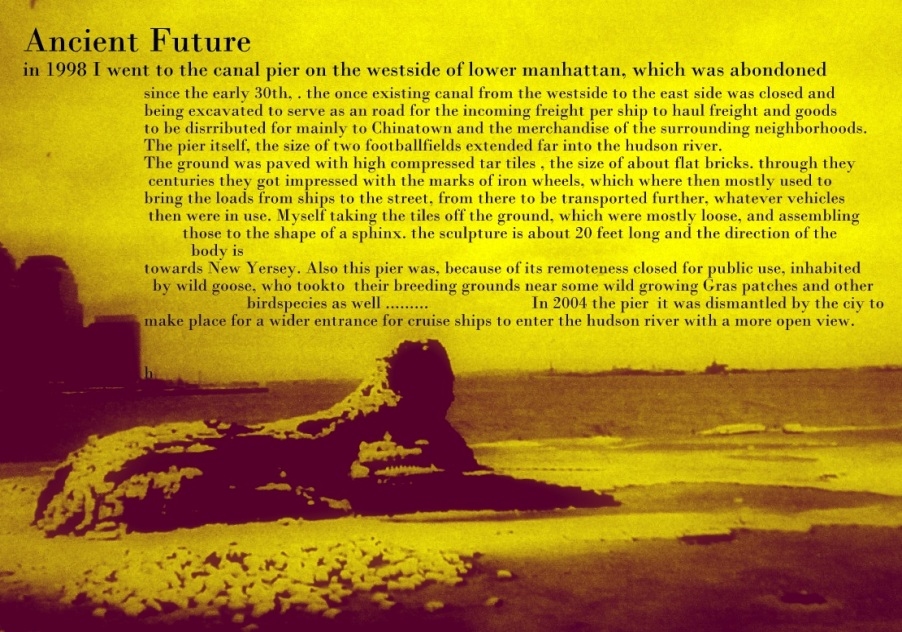 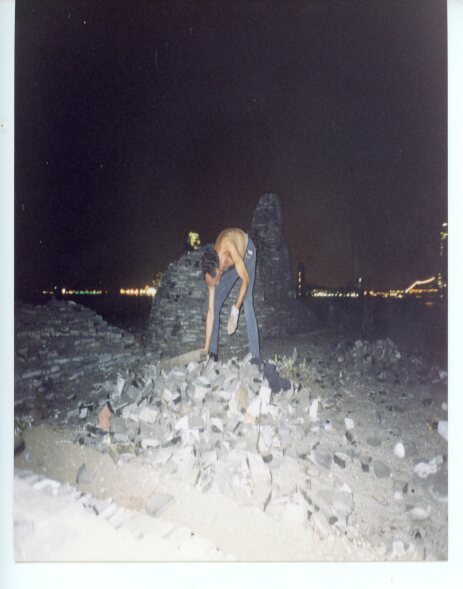 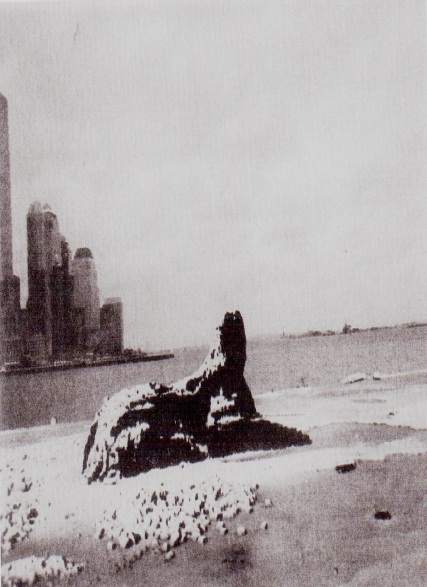 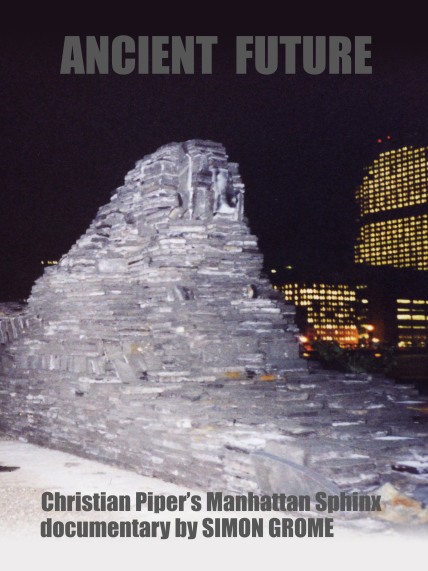 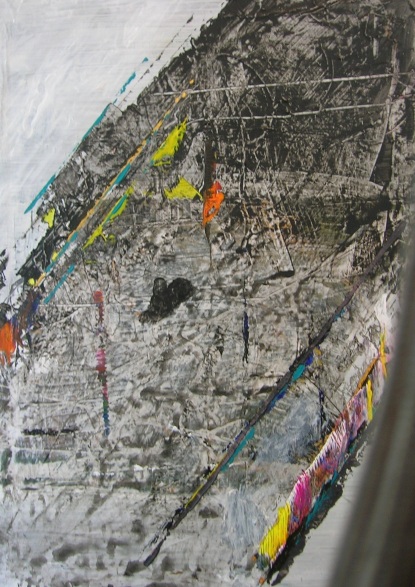 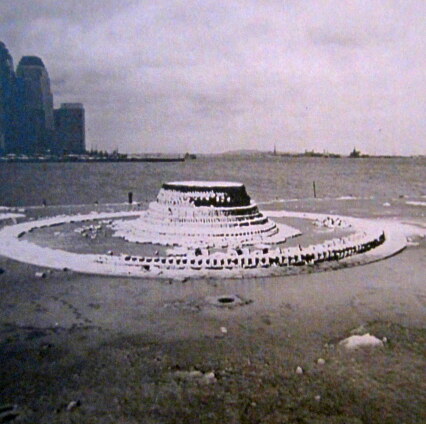 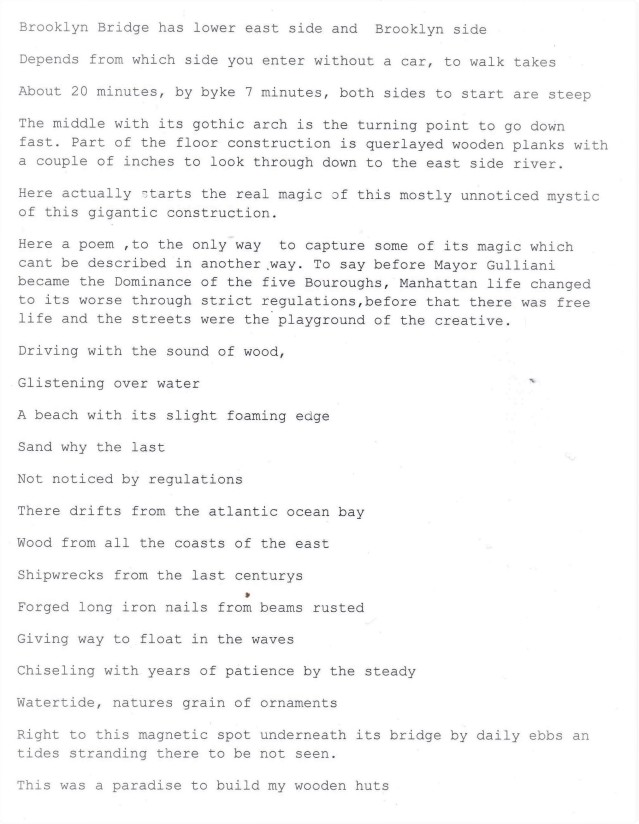 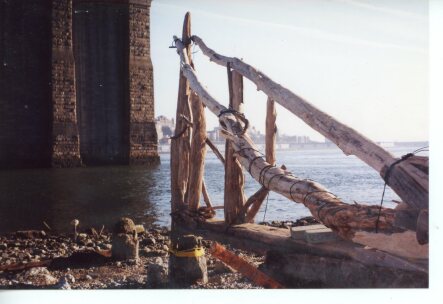 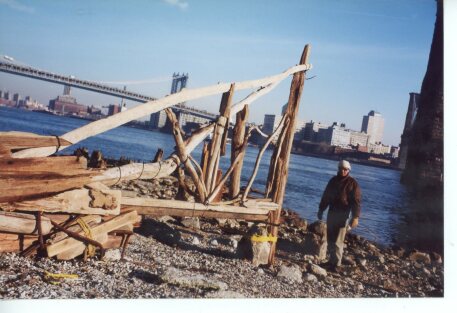 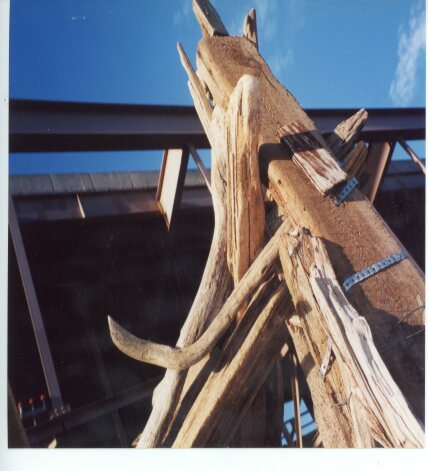 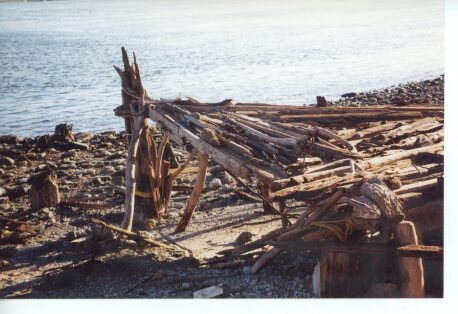 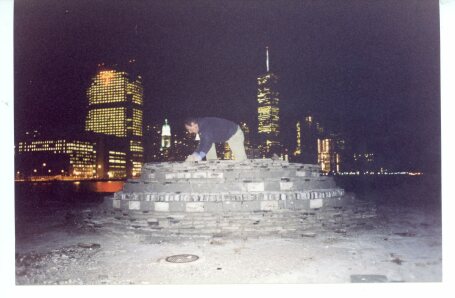 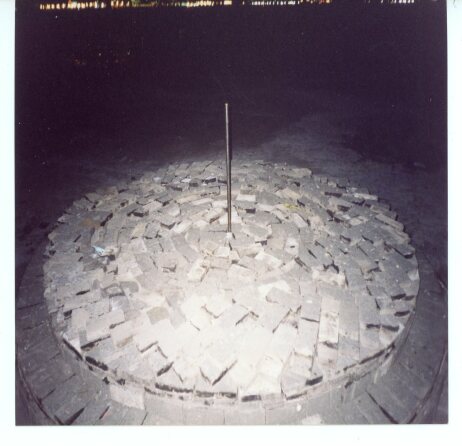 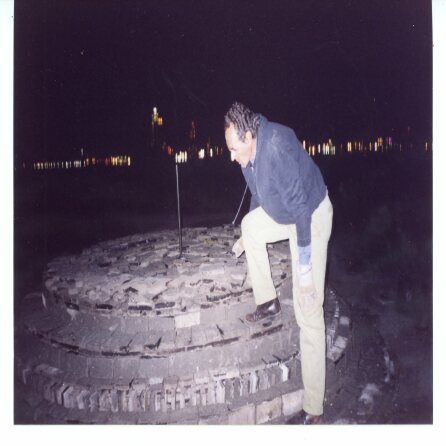 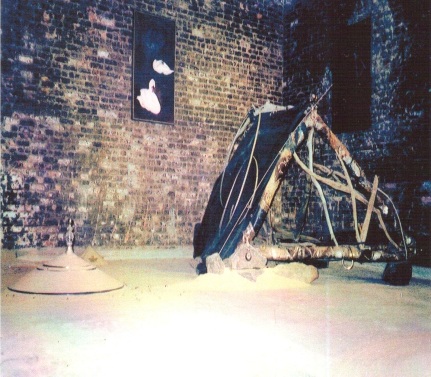 An Assemblage of  Materials, all remnants of urban
accumulations, woodbeams, rubber and ornamental metallmounts , stone,
to enhance the unnoticed into an artdwelling for public view. Installed
under the Viaduct of the Manhattan Bridge, Lower Westside
for the duratin of one year
2nd Installation at Meru Art Gallery, Brooklyn 2007 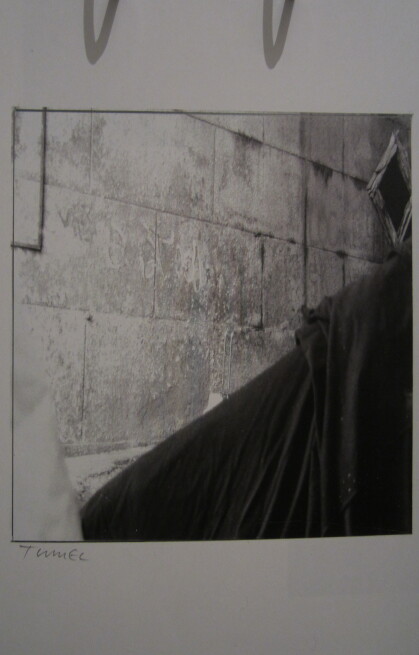 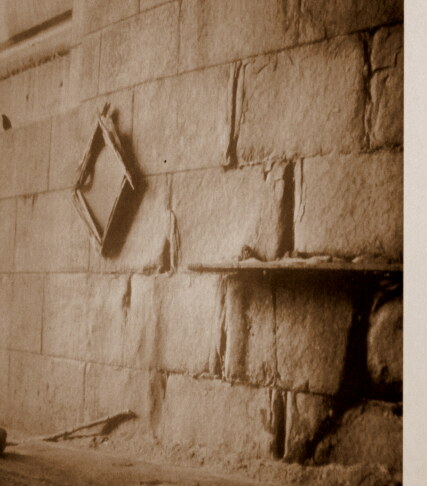 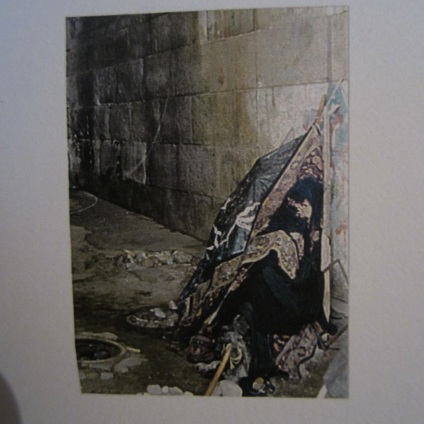 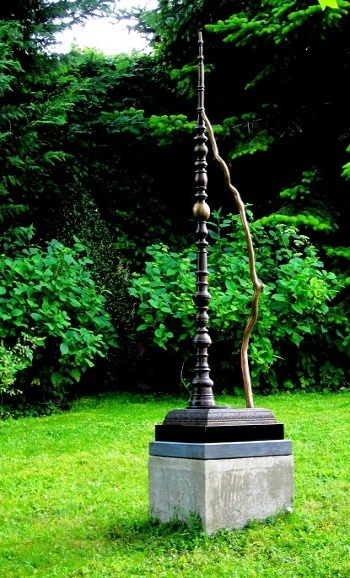 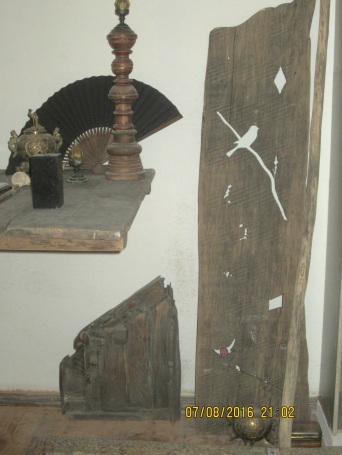 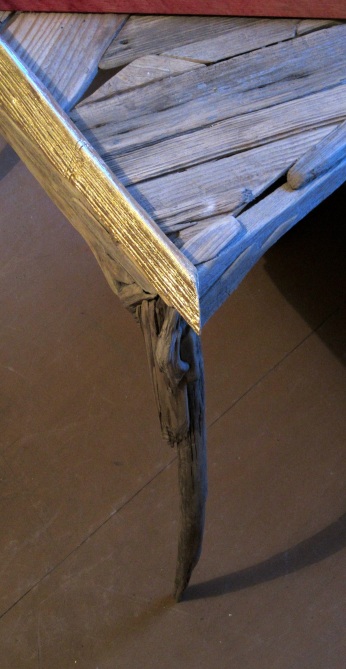 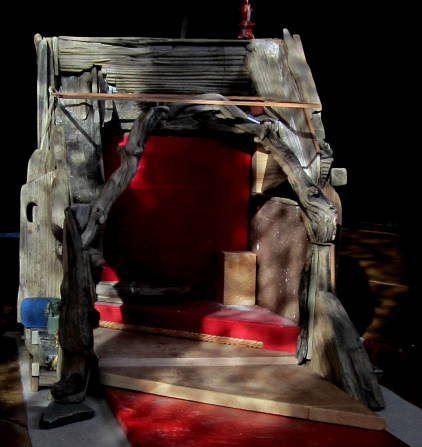 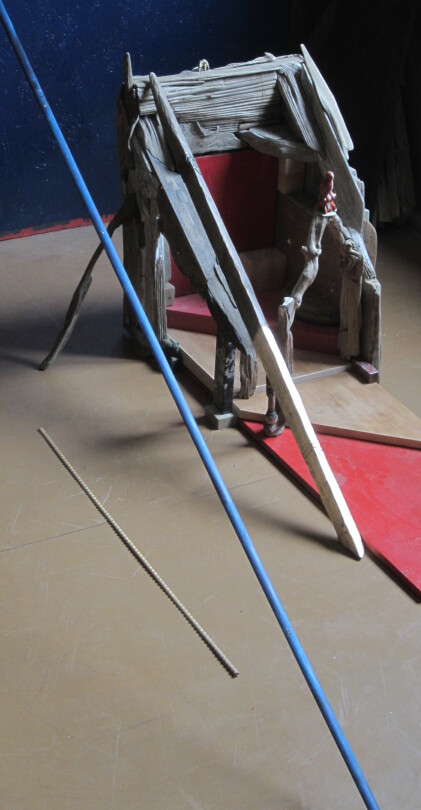 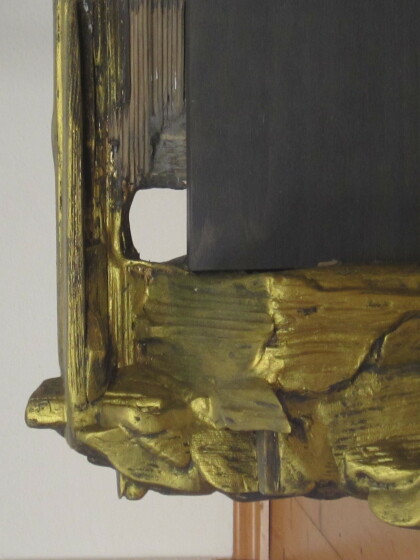